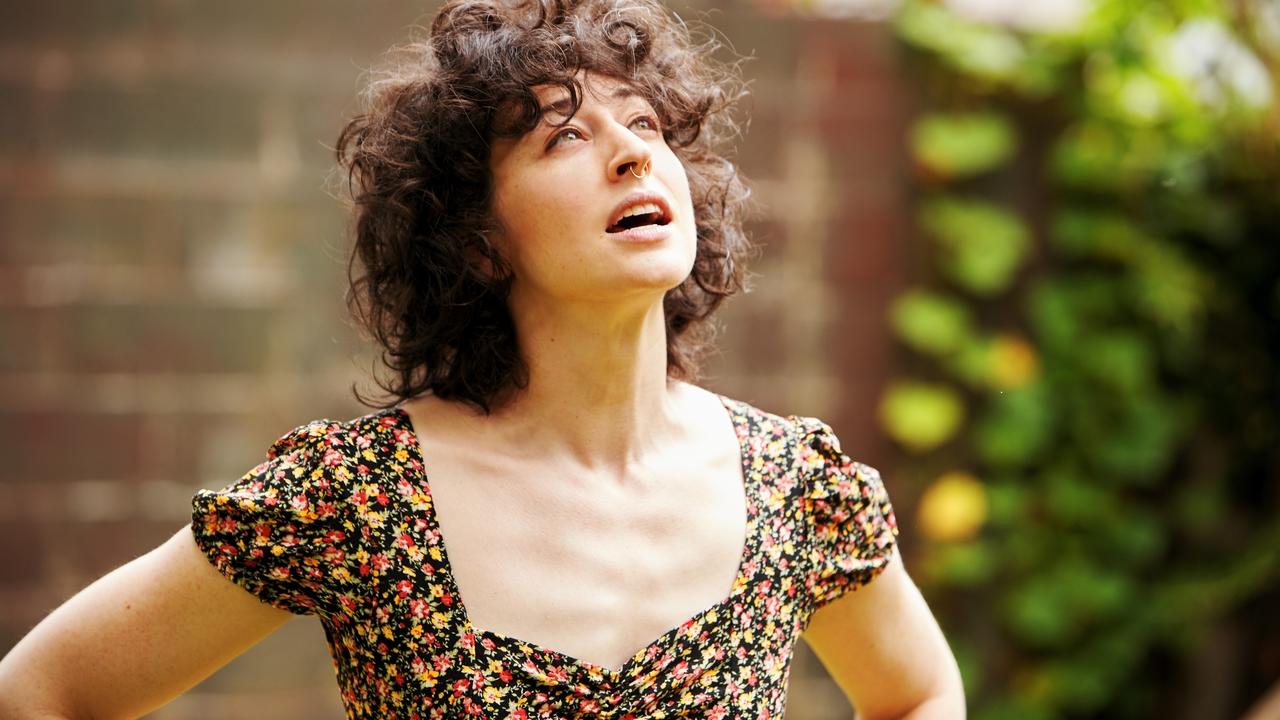 IT'S REZOLUTION SZN BAYBEE. While this year may have consisted of cobwebs on your dance shoes and scrolling through IG instead of AA, 2020 is DIFFERENT. New decade, new you. You're done listening to the inner voice of fear and negativity, and you have an arsenal to finally defeat it:

THIS is the year you turn into a ripped, screlting discipline machine. You're going to cook all your own vegan food, book so many dream roles you have to turn down OTHER dream roles, meditate for an hour each morning in your Stephen Sondheim shrine, AND somehow get 8 hours of sleep.

You've got a detailed, color-coded plan in your planner, and all it requires is that you work REALLY, REALLY HARD. Feeling pressured yet? Nope. Me neither.

You hit your snooze button 4-5 times.

The character shoes are under your bed, collecting dust.

You have an audition next week, and you know you didn't prepare properly.

(But maybe climate change will have wrecked the planet by then, so you won't have to go? A battle in a burned-out bodega for the last Ding-Dong in North America sounds a lot more empowering than an audition, TBH.)

You're not exactly feeling great about yourself. And then, like the world's worst TRL countdown, the Fear Voice starts playing all the greatest hits from last year:

"I'm not working hard enough. Maybe I don't care about this as much as I thought I did."

"I should be in class right now."

"I've broken promises to myself."

"People believed in me and I'm letting them down."

Or even: "I know better than to talk to myself like this. I suck."

Here's the thing: much like Walter in The Big Lebowski, this voice isn't wrong. It's just an asshole.

Yes. You absolutely have the same amount of hours in the day as Beyoncé .

You absolutely do not have her support staff, mountains of money, or fantastic leotard collection.

Take a deep breath. Forgive yourself for not being Beyoncé. And then, like Queen B, let's slay (our fears).

Let's say it's early in the rehearsal process for a show. You're running a scene, and you blank. The words slip out: "Ahhhh... f*ck, I'm sorry. Line?" Almost immediately, our old buddy Fear Voice pipes up: "I knew this 10 minutes ago. Why can't I remember? The director looks pissed. I'm letting everyone down. I suck."

Now imagine a stranger walks up to you in the hallway after rehearsal and asks you for help going over lines. When they blank, do you inform them that they suck? No? They only forgot a line, you say?

Why aren't we as kind to ourselves as we are to some rando at Ripley-Grier?

When you simply say: "Line", and stay in character, you prioritize the work over your own drama. Instead of thinking about how much you suck, you're thinking about the scene. You keep the drama onstage. You accept the stumble, glean what's useful, and keep improving.

Just like no one expects you to be off-book on the first rehearsal, slaying huge goals overnight is an impossible standard.

But what's the alternative when anxiety is the sole engine of your productivity? If you're too nice to yourself, you'll never level up. If it's not hard, I'm not improving, right?

Set a small, measurable goal for your next audition. It could be hitting a certain note, making a quick emotional turn in a monologue, nailing the double pirouette at a dance call, you name it. Make it something concrete, and something that you can control.

Then, before the audition, decide what your reward will be. Some of my faves are:

Write down the goal and the treat wherever you track your auditions.

You went to the audition! And while it might not have been the most perfect performance you've ever given, you did the thing you said you were going to do!

THIS IS WHERE IT GETS TRICKY: immediately give yourself the treat.

Do not wait until later in the day. Do not qualify your success. "Yeah, I hit the note, but my breath support could have been better."

No, Janet, you hit the note and that was the goal, so give yourself that cute cactus tea infuser already. Record your win, schedule in some time to work on your breath support, and if you're not too busy... let yourself feel good about your progress, no matter how small.

You might notice after a while that you're not only showing up, but improving your craft-- not because you should, but because the actual audition game is, well, more of a game.

Bonus: it's easier to measure your improvement with a clear, specific yardstick... and nothing kills fear like hard evidence and action.

You'll get the same results as someone who wakes up at 5 AM for a shower of literal ice, self-flagellation, and 80 minutes of meditation in front of a life-sized portrait of Stephen Sondheim... except you're a lot warmer-- and a lot happier. Bonus: portrait-Stephen-Sondheim's eyes don't follow you around your apartment.

As Julia Cameron notes in her brilliant book The Artist's Way, your "laziness" is usually just your terrified creativity hiding in a (very cozy) Snuggie. This year, try giving your Fear Voice a little kindness. You know. As a treat.

BIO: Lauren T. Mack is an actor, writer, and treat evangelist based in New York City. Lauren has appeared in NYC at the PIT, the New York Fringe Festival, IRT, and Metropolitan Playhouse; regionally at Sacramento Music Circus, Centenary Stage Company, and other theatres around the world; and on screen in CAT PLANET (2017 TIFF: Best Web Series, Chattanooga FF Official Selection), BROKEN HOME (Garden State FF Official Selection), and the upcoming indie short VELOUR. Offstage, she teaches acting in the musical theatre department at New York Film Academy, produces indie film, and is currently contributing a chapter to Routledge Press' upcoming musical theatre history textbook, 50 Key Musicals. She picked this headshot because she thought it made her look like a sci-fi/fantasy YA author from the 90s. Check out more of her work at @eltimack IG or at LaurenTMack.com.